We know that benzodiazepines are very addictive and dangerous drugs. Diazepam is a type of benzodiazepine medication known more commonly as Valium. When it comes to Valium, it’s prescribed for individuals who are diagnosed with anxiety, panic disorder, muscle spasms, insomnia, and it is used to help minimize withdrawal symptoms from other benzodiazepine addiction and alcohol withdrawal symptoms. Diazepam/Valium has a historic reputation for how addictive it is and how it affects someone. The image most people have in their minds about Valium or diazepam abuse or addiction is the nervous housewife who needs Valium to get through a long day of housework and menial tasks.

Diazepam, also known by the brand name Valium, was first developed during the 1960s when psychopharmacology was becoming widely accepted among medical and psychiatric providers. Originally, Valium was an improved version of Librium. Leo Sternbach formulated Valium in 1963. Valium became incredibly popular, and many may recall the 1966 hit song by the Rolling Stones, “Mother’s Little Helper.”; as it was about Valium. Diazepam/ Valium initiated the pharmaceutical industry’s trend or interest in benzodiazepines generally. Since the 1960’s when there were only two types of benzodiazepines available, now there are more than fifteen and counting.

Is Diazepam An Addictive Drug?

Diazepam is addictive but with the help of benzo rehab florida you can overcome this chemical dependency. Although other benzodiazepines are favored above Valium by people who struggle with Substance Use Disorders, it is still making an impact on the number of people who are abusing it. The Substance Abuse and Mental Health Services Administration releases data on drug addiction trends every year in their National Survey on Drug Use and Health (NSDUH). Among the data, Valium/Diazepam was found to be less abused than Xanax. The trends that the survey highlights about Benzodiazepine addiction generally assert how greatly the numbers have increased resulting in benzodiazepine addiction.

The people who are addicted to Valium most likely were prescribed Valium originally from their doctor. Although most medical doctors are aware of the potential for addiction when it comes to prescribing Valium, most will eventually rely on it to help their patients. Many people who have prescribed Valium and then become addicted to it learn how to manipulate medical providers to get more Valium. A reliable indicator of Valium addiction is when a person sees more than one doctor get more prescriptions for Valium. This is what is known as ‘doctor shopping.’

Why Is Diazepam Prescribed?

The risk of addiction versus how well it reduces a person’s symptoms is often how doctors decide whether they should prescribe an addictive medication or not. People with a SUD develop the skill of manipulating doctors to get them to prescribe them diazepam. A common ve tactic addicts may use is to report that the other methods they are using to manage their symptoms of anxiety, which is a common illness that Valium treats, are not working. For example, a person may do a quick Google search on relaxation techniques and claim they have tried guided visualization or seen a therapist who provides cognitive behavioral therapy to help them with their anxiety-but both failed. The doctor then believes their lie, and since they have reported nothing else legitimate help them, they are likely to win and get a new script for Valium. With the help of a safe medical drug detox, men and women that are struggling can recover safely and break the cycle of addiction.

Get The Help You Need For Diazepam Abuse 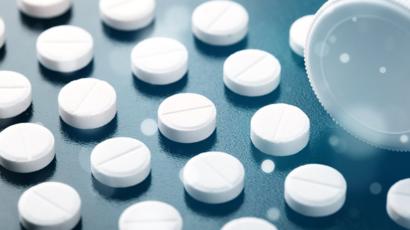 If you or a loved one has an addiction to diazepam or Valium, you must get professional help to stop taking Valium. Since all benzodiazepines such as Valium cause a physical dependency that causes dangerous withdrawal symptoms, a medically managed detoxification is necessary before treatment. Medically managed detoxification for Valium helps the person detox quickly, easily and it reduces the risk of a seizure occurring. Benzodiazepine addiction or dependency can cause seizures if that person abruptly stops taking the drug.

Evoke Florida providing medically managed detoxification for Valium abuse, dependence, and addiction for years. Our benzo detox florida is overseen by medical experts who specialize in benzodiazepine withdrawal and provide taper protocols for a safe benzo detox. Every client is allowed to rest and sleep while the drugs detox from their system. To learn how to be admitted into our Valium detox and treatment program today please connect with one of our specialists now.